The Artivist Network brings together arts activists and facilitators to imagine a better future.

Here at Atlas of the Future we’ve often looked at the way arts and culture can make a positive impact in the world, from inspiring action on the climate emergency through public spectacle to using art to understand how we work to exploring climate justice through dance. This week we’re turning the spotlight to a collective of arts activists and facilitators who centre climate justice in their work.

The Artivist Network supports organisers and movements to more strategically engage arts, artists, and culture in creating systemic change. They believe that innovation, exchange, and dissemination can led to new forms of political intervention. 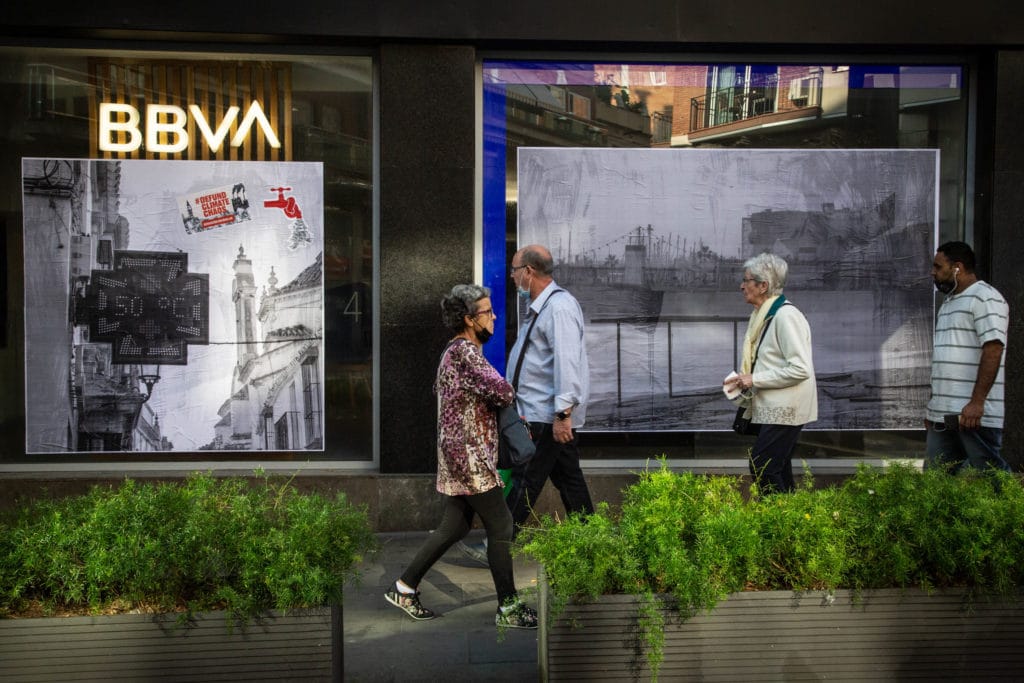 And new forms are drastically needed. As Barcelona-based network member Kevin Buckland says, “Whatever we are doing to stop climate change, it isn’t working. We need to get creative and move beyond ‘activism-as-usual’ and rethink what is required to change human culture, not just politics.”

How do they go about doing this? The Artivist Network focuses on empowering activists and artists with new skills, networks, tactics, and forms of political intervention. They work on climate justice, organising for its potential to provoke deep, structural, and intersectional change. 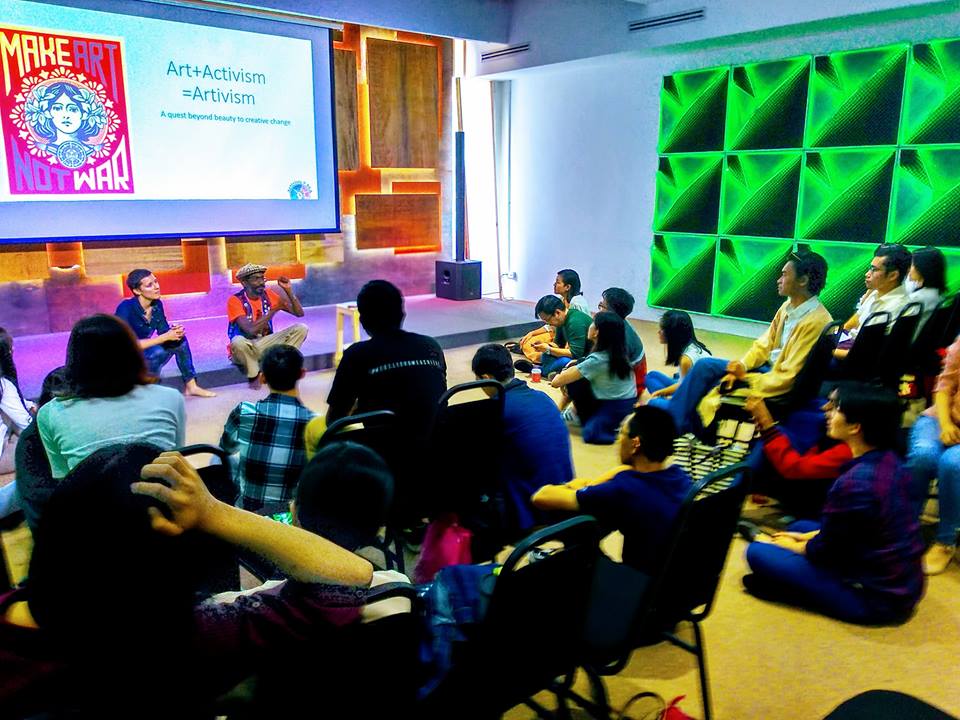 The Artivist Network focuses on empowering activists and artists with new skills, networks, tactics, and forms of political intervention.

They have a range of activities, such as workshops, training and performative interventions. One such example is the project “Expect the Unexpected”, a 30-minute one-man show that immerses audiences in a multi-media world to experience Ende Gelände, a civil disobedience movement occupying coal mines in Germany to raise awareness for climate justice.

The performance shares visceral experiences with its audience: the rush of a thousand people running into the dust of Europe’s largest lignite coal mine, the fear of confronting charging police lines, the joys of finding lost comrades, and the passion that motivates those who lock their bodies onto railroad tracks. It uses its immersive format to directly engage the audience in horizontal affinity group decision-making processes, allowing viewers to get a look behind the scenes of not only the action but also its organising and action consensus. 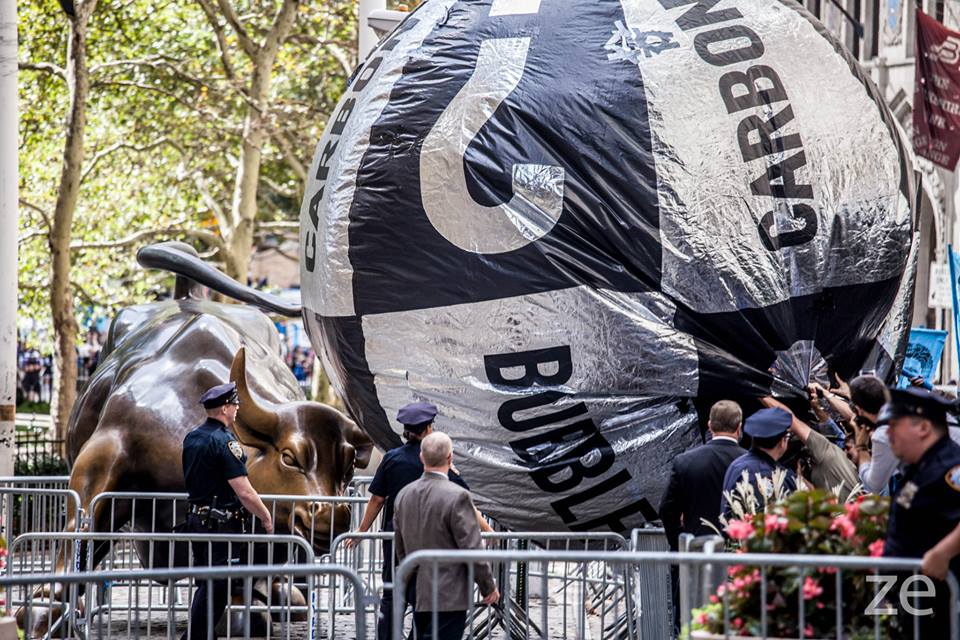 They have a range of activities, such as workshops, training and performative interventions.

They have also run decentralised art-space organising around the UN Climate process between Indonesia, Malaysia and Poland, water-borne journeys down the USA’s Hudson River with community meet-ups, performances, and feasts, and art interventions and training for climate marches in Barcelona.

According to the Artivist Network, the interface of art and activism has great potential to visualise and tell new stories, challenge and subvert dominant narratives, and bring new people actively into movement organising. As Kevin says,

“Artists have experience creating things and naming ideas that do not yet exist. We want to remind people that the future is unimaginable, and that curiosity should lead our creation of what is possible inside that unimaginable terrain.” 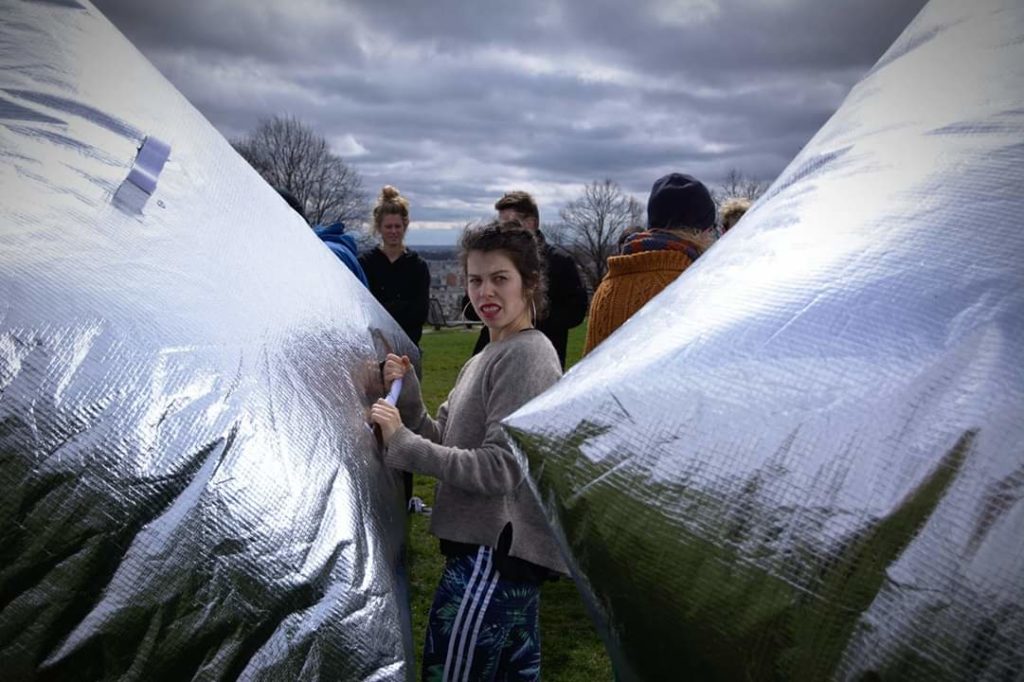 “Artists have experience creating things and naming ideas that do not yet exist,” Kevin Buckland, Activist Network member.

Being able to imagine something must come first, before it can exist in reality; in other words, we must first imagine a new way of doing things before we can make it happen. The Artivist Network, therefore, uses “storytelling to open up cultural space of better futures, with the intention that politics follow.”

Storytelling can also be a way to connect more to the way a society is structured and the way it works. For example, Kevin explains that “Storytelling of the people and places behind the complex material existence of our world(s) allows us both to visualise the many ways our societies are complicit in injustices, while also adding value to the world by placing objects in their true context.” 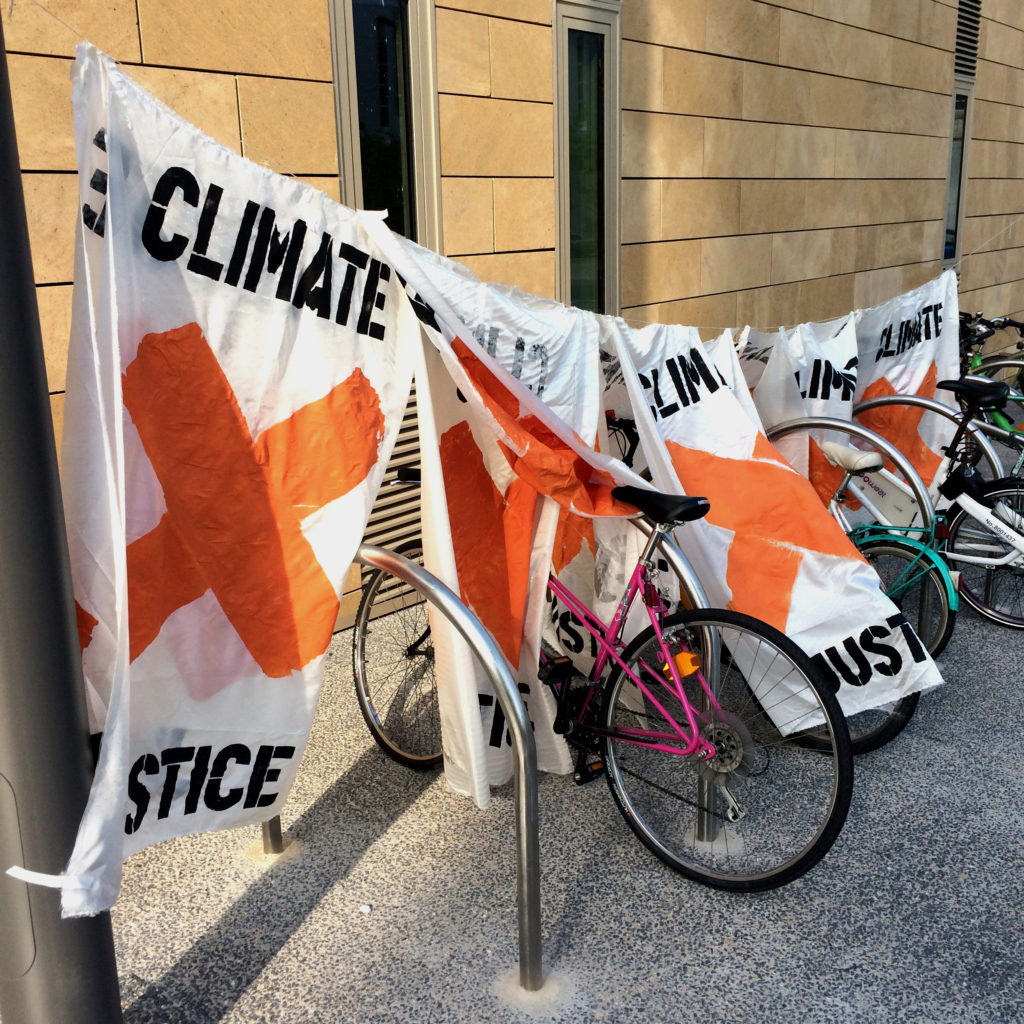 Storytelling can also be a way to connect more to the way a society is structured and the way it works.

And what does this look like in action? Kevin explains that it’s the “light bulb” moments that keep him inspired with this work.

“When engaged in arts activism, there are always these moments of creating something new, or watching people experience something they didn’t think possible. From our 3-week long voyages in paper mâché canoes to the use of large-scale inflatables to resist riot police, we have had the privilege of seeing the spark of ‘I didn’t know that was possible’ in thousands of people’s eyes. That spark of curiosity, is precisely the emotion we need to be conjuring as we together (re)imagine our collective future(s).”

The network is going from strength to strength, and in September they have their first international gathering, bringing together artivists, arts-activists, and creative communicators working for climate justice. 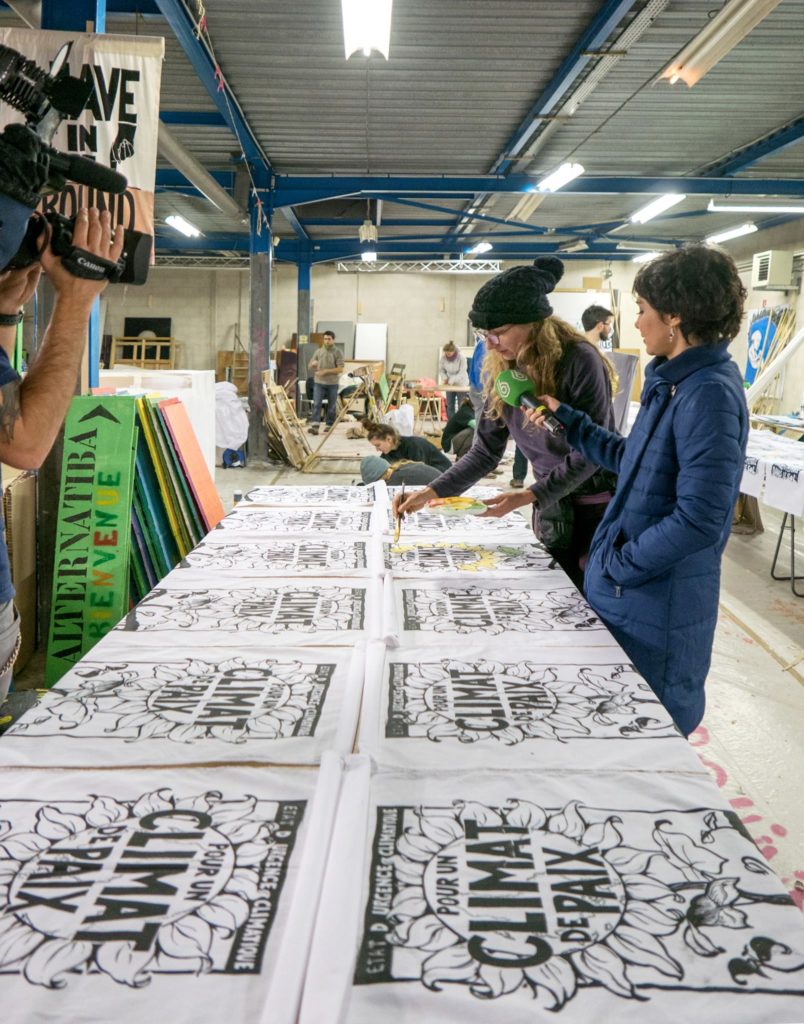 “That spark of curiosity, is precisely the emotion we need to be conjuring.”

Their next step is to launch an international map of artivists, designed to help connect artivists to each other, as well as help NGOs and movements to find artivists working in their region, issue or medium. Watch this space!

Editorial note: The network is based across various locations, including Malaysia, Barcelona and Budapest, but has been mapped to Barcelona as one of the key locations.

In just a few short years YACAP has grown from a handful of individuals to hundreds of members across the...
See more
Spain (Menorca)
Spain (Menorca)

Rebecca Morris grew up in Menorca and remembers the joy that she felt going on adventures in the wilds of...
See more
Share this project

In just a few short years YACAP has grown from a handful of individuals to hundreds of members across the...
See more
Spain (Menorca)
Spain (Menorca)

Rebecca Morris grew up in Menorca and remembers the joy that she felt going on adventures in the wilds of...
See more