Dystopian science fiction movie Ready Player One (2018) showcased a futuristic world where it’s possible to live life in virtual reality, meeting up with friends around the world and forgetting about the world we actually live in. We’ve not reached that stage just yet, but virtual reality is already delivering on its incredible potential in other areas, with healthcare and rehabilitation a fantastic example.

Immersive Rehab have been using virtual reality since 2016 to help provide a more comprehensive and efficient solution for patients undergoing physical and neurological rehabilitation. To date, the social enterprise has worked with more than 40 patients, with their customised approach to rehab resulting in increased engagement and mobility, a greater reach of motion and an increased concentration span.

The road to recovery can be an incredibly tough one, and Immersive Rehab founder and CEO Isabel Van De Keere points out that most patients suffering from neurological conditions – such as strokes, MS, ALS and Parkinson’s – tend to receive a minimal amount of rehabilitation.

On average, patients undergo rehabilitation for six to eight weeks, says Isabel, which simply isn’t enough to provide sufficient mobility to live independently or go back to work. That’s where Immersive Rehab comes in, providing an entirely new way for patients to build physical and mental strength while avoiding the frustrations of traditional rehab.

“It was going through that experience of rehabilitation,” she explains, “where you initially have lots of access but over time it reduces, and you’re still not mobile enough to do anything yourself. I was stuck in my bed between sessions, dependent on other people which really induced lots of frustration and isolation, and that’s really where the idea came from.”

Immersive Rehab works with people who have neurological disorders, and they often struggle to engage with objects, Isabel tells us. “They lack fine motor skills, and while they can often pick something up, they may not be able to move it because of a lack of strength, which really frustrates people.”

Immersive Rehab gives patients the chance to interact with virtual objects, using the company’s proprietary software that can be highly customised for specific neurological conditions and individual requirements.

“The objects are virtual,” Isabel points out, “but because it’s so immersive your brain is actually being tricked into thinking you’re moving actual objects, so you can make it really engaging. We can help patients to get to the stage where they can engage with real-life objects, but training in the virtual world first makes a big difference.”

And when it comes to rehabilitation, every little helps. “If you’re doing different movements, it aids your recovery time,” she adds. “We can also incorporate cognitive training, and we can go from minimal to complex challenges, providing a much more personalised approach.”

While Immersive Rehab currently uses HTC Vive VR headsets, Isabel is far more excited about the future, adding: “It’s a market that’s very much still evolving, and that’s the fun and exciting thing. We’ll see headsets that will potentially be much better for us to use: much smaller, lighter and wireless, with high quality screens. There may also be the possibility to work with better tracking and haptics.”

In the meantime, Immersive Rehab are continuing to work towards clinical validation, with the aim of making VR rehabilitation programmes available for patients around the world as a medically certified solution.

“We’re developing a product we want to be accessible for everyone,” concludes Isabel. “We don’t want to develop a niche product that only a small group of people can afford.”

Listen to Isabel Van De Keere at her TEDx talk:

AtlasAction: Get involved in the research. Immersive Rehab are looking for input from stroke, spinal cord injury and multiple sclerosis (MS) patients on their physical and neuro-rehabilitation experiences. Get in touch here.

Adapted from a piece on Red Bull Amaphiko (13 September 2019)

"We craft furniture that benefits people and planet; gifts that do good." The problem of waste is a global one...
See more 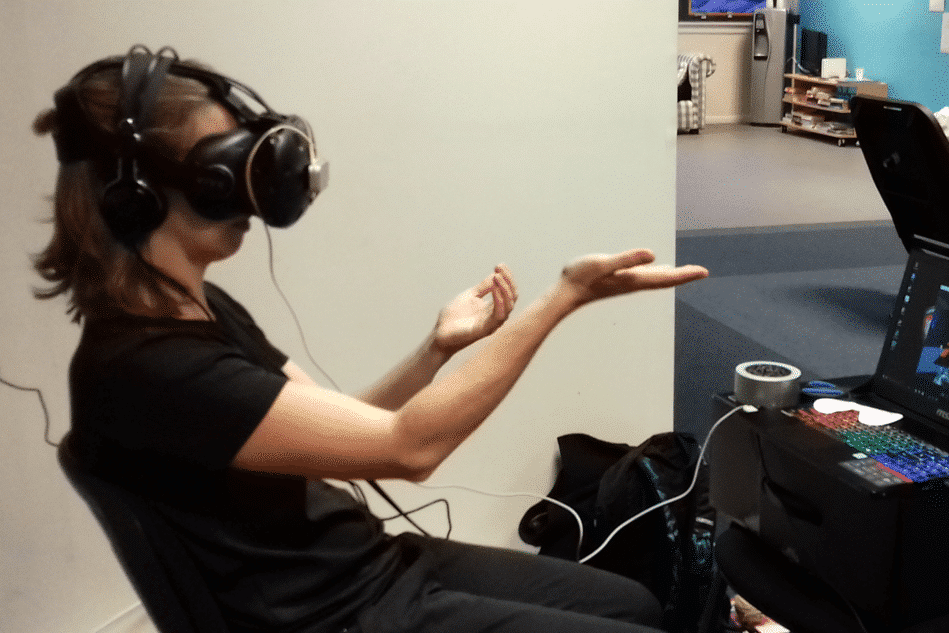 "We craft furniture that benefits people and planet; gifts that do good." The problem of waste is a global one...
See more