Not to be confused with a building or wedding venue, Hackney Wick Town Hall is an event that opens up conversations.

Moving around different venues in the area, Hackney Wick Town Hall brings together a mixture of residents, community activists and workers, councillors and a few businesses to talk about important things in the community – in an east London neighbourhood that is flowering with cultural creativity.

Borrowing from Open Space Technology, each Town Hall sets its own agenda on a chalk board at the start, and works with with whoever turns up and whatever they want to talk about. It also compliments discussions that serve other groups in the area. 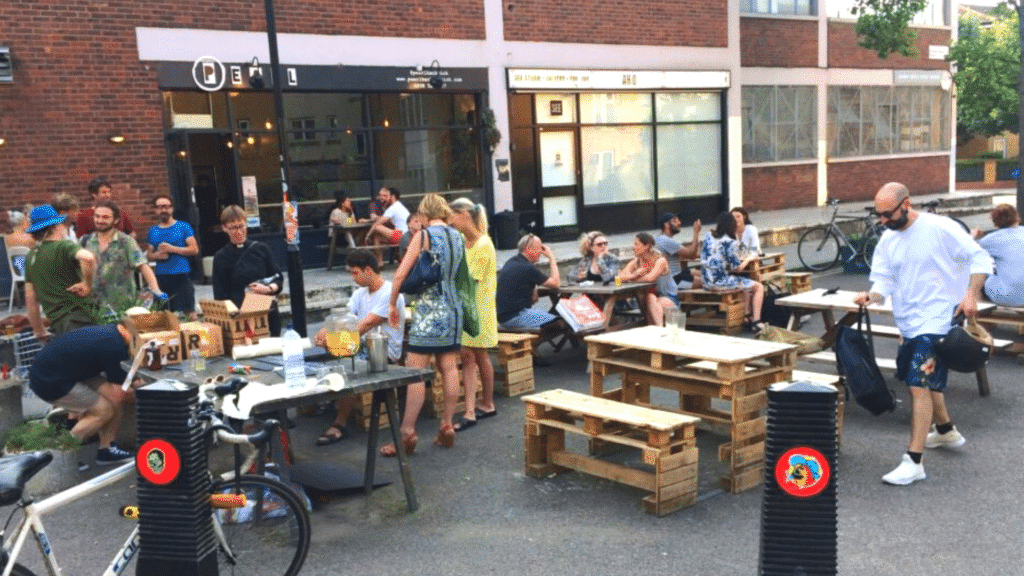 People stay for the conversations they want to have. Each group captures notes on what gets discussed, and what actions are suggested as a follow up. By doing this they capture what happens in the group, and share this with everyone, so that there is a record, and some kind of commitment expressed in the meetings can be tracked.

Active recruiting for the Town Hall is both new and critical, to widen the inclusion of people who would not normally go to events by asking people to bring them along. Co-founder Gill Wildman explains: “Over time this has become clearer that the majority of the work needs to happen here. We needed to make sure we engaged people beyond the mainly white middle class creative community. This was done by hiring local young people as volunteer facilitators to open up to young people in our recruitment for the event.”

Gill grew up in the area. Her design agency Plot works across commercial and social sectors for clients such as the BBC, Microsoft and Oculus. She explains that she’s an advocate for “more open forms of participation that foster interdisciplinary collaboration and produce more humane system designs.” 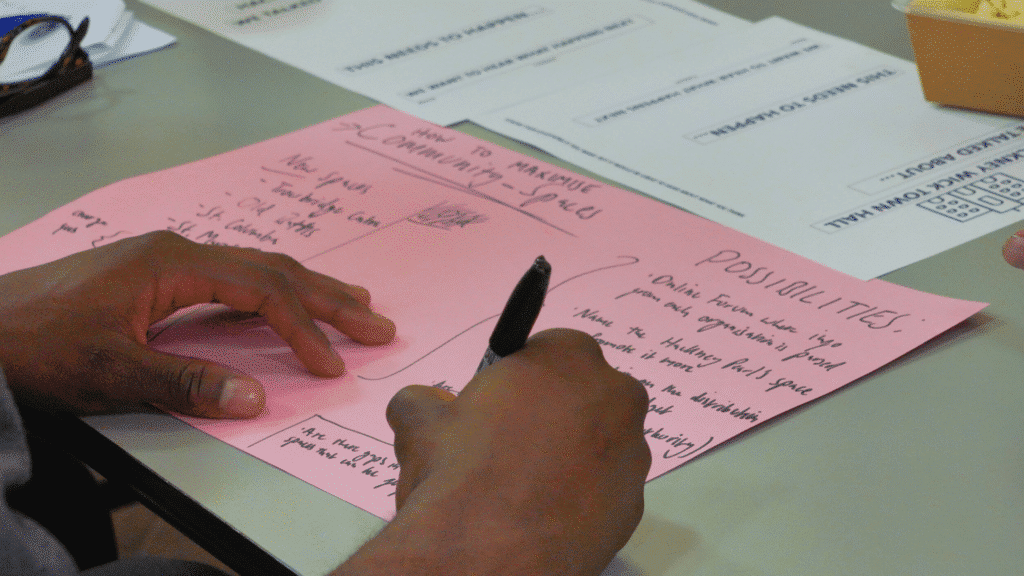 At Hackney Wick Town Hall, the quality of the conversations are everything, moving from from critical planning or community issues to longer term thinking and everyone is asked if they have met someone new. New connections between people are been made, and being able to speak directly to organisations has been refreshing and valuable on both sides. The consistent support and engagement of local councillors from three boroughs demonstrates its value to local dialogue.

Originally conceived and designed by Gill Wildman, this is now “wonderfully managed” by a local group led by Katherine Igoe-Ewer, Luke Billingham and Charli Bristow – with funding from Wick Award. 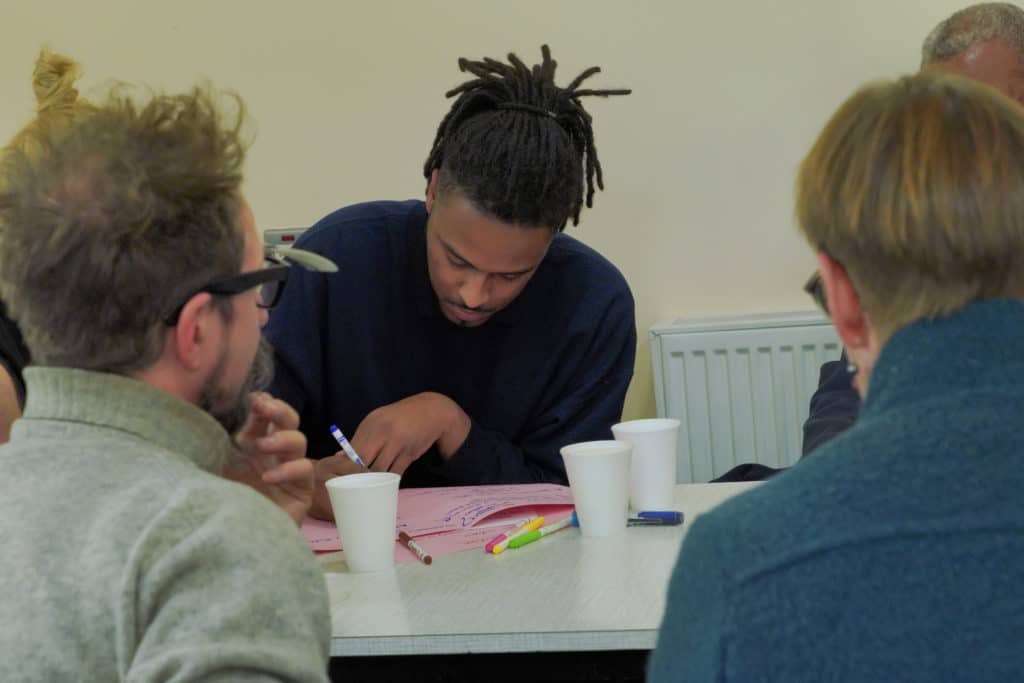 AtlasAction: Watch this space to stay in the loop about upcoming activities.

Let us transport you to central Chile to a small farm tucked way in the coastal hills. This is a story...
See more 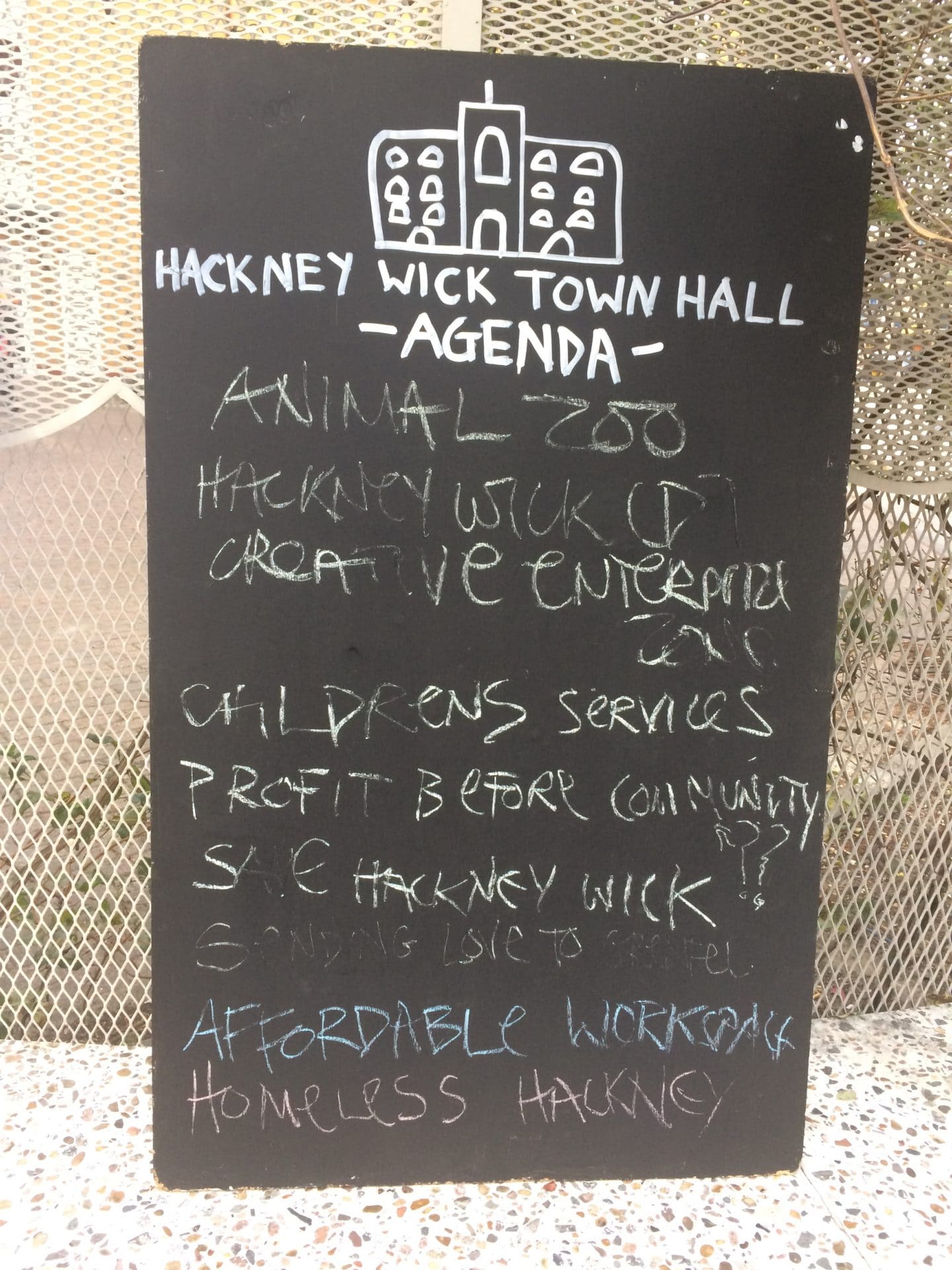 The Town Hall Agenda board 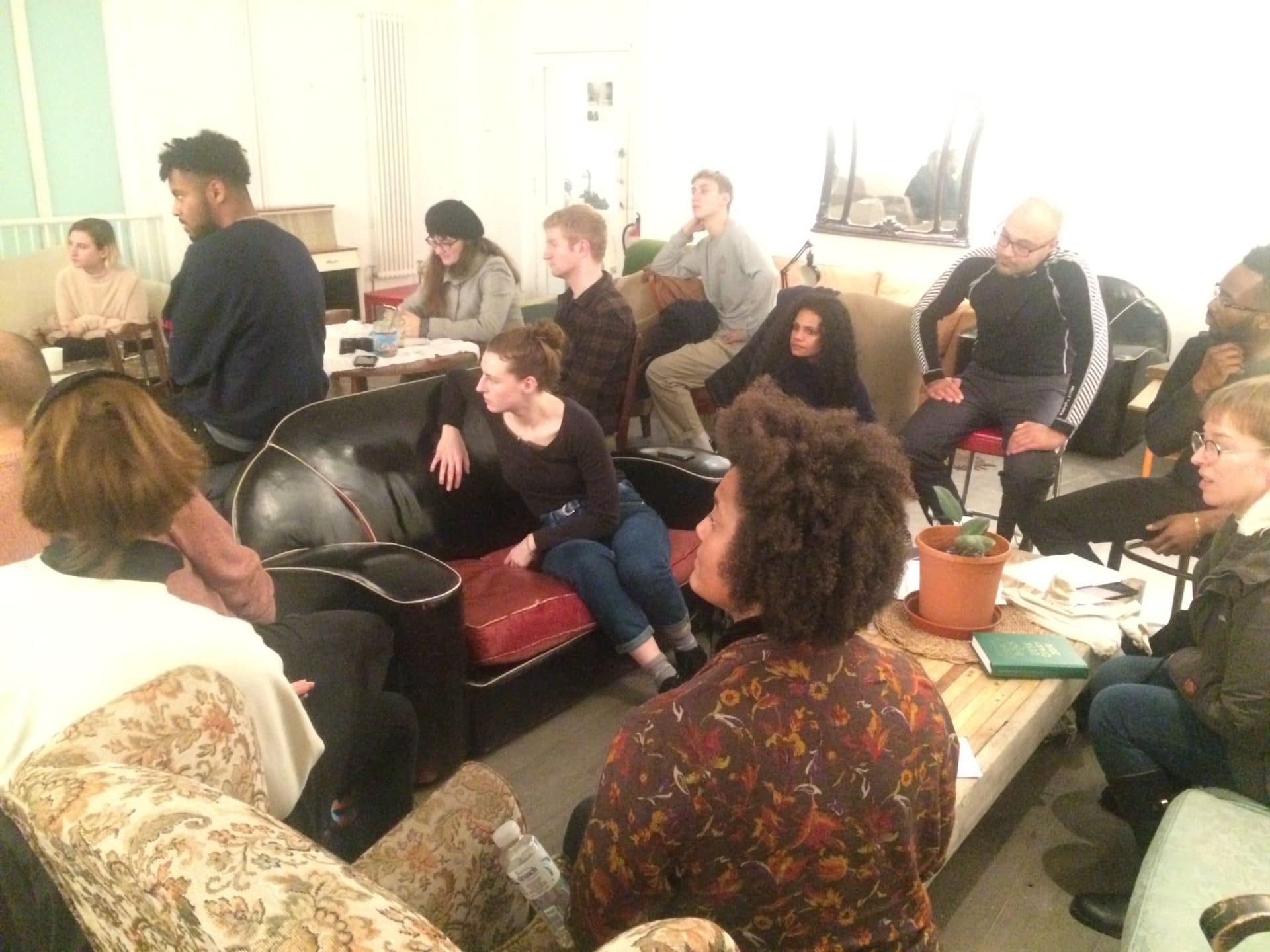 Listening to the feedback from each group 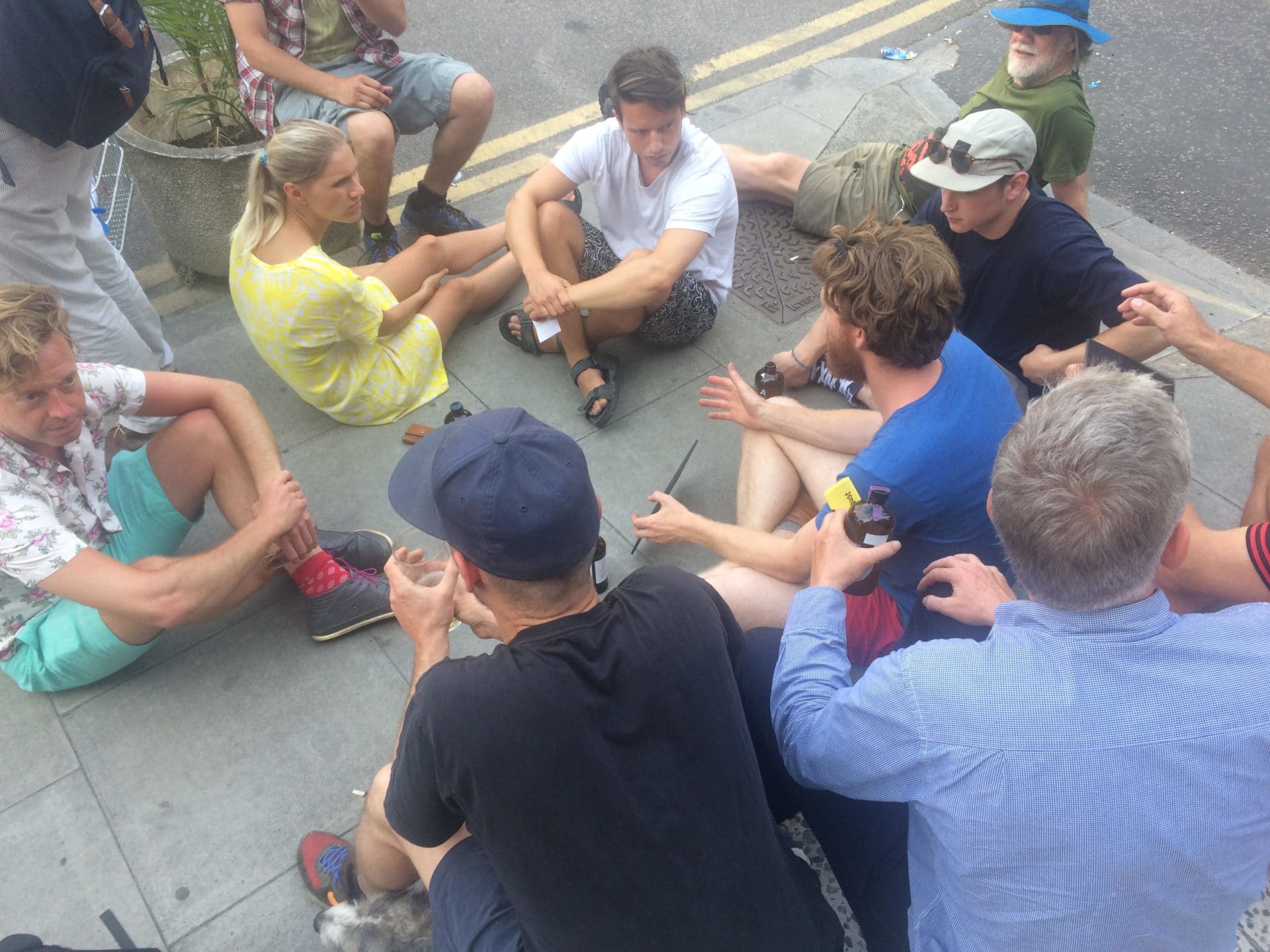 The first Two Hall meeting brings business people, councillors and community together in one conversation simply 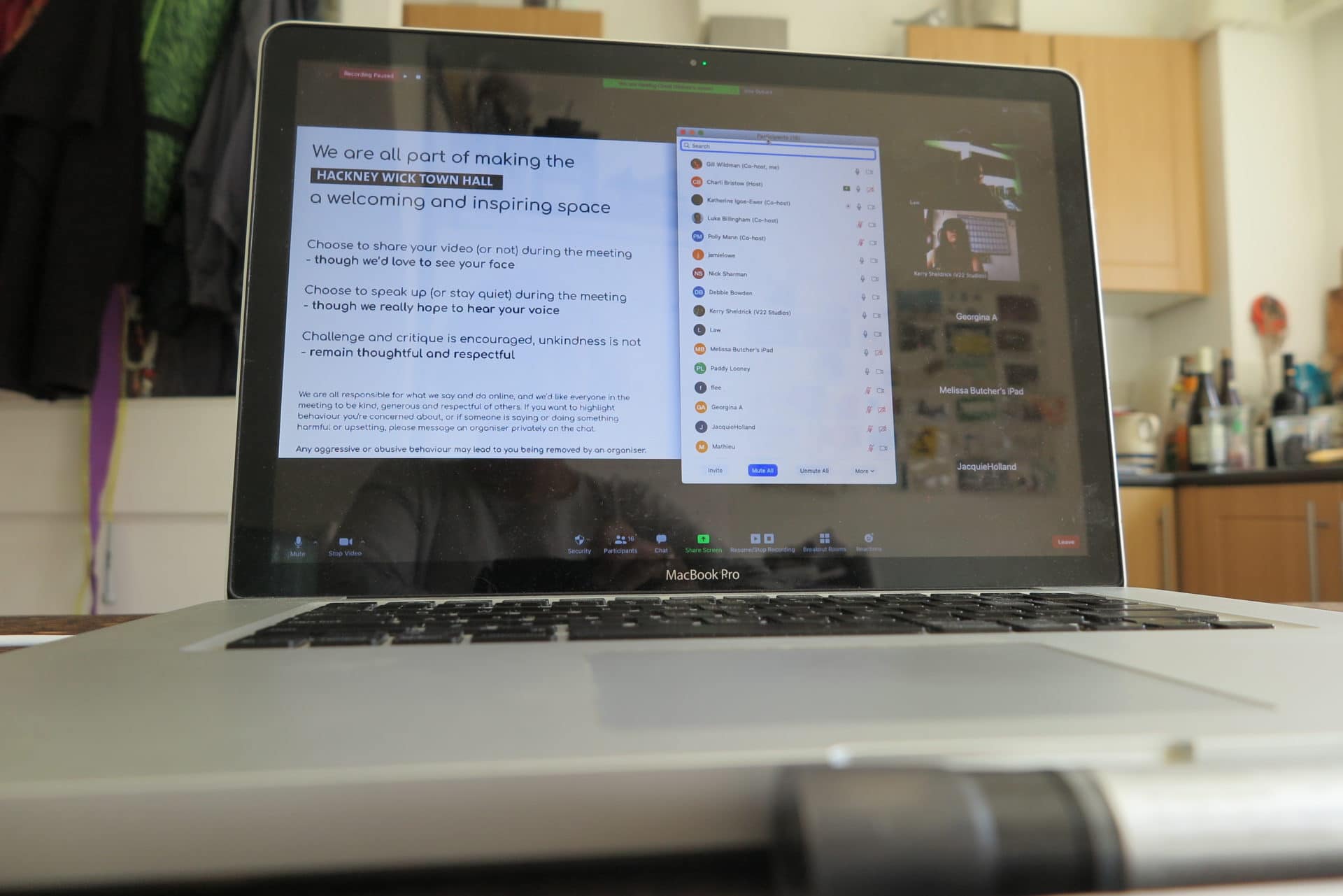 Now its online, until we don't need to

Let us transport you to central Chile to a small farm tucked way in the coastal hills. This is a story...
See more