Atlas of the Future
Daily adventures in a better tomorrow
Discover projects by:
Map
All projects
Blog
Search:
25.07.2022 — by Claire Rosslyn Wilson

Climate justice youth activist Marina Pérez Pascual has a wide experience in activist movements, such as Fridays for Future, Extinction Rebellion or Scientist Rebellion. How does she manage it all? Through finding her community and giving importance to collective care. Find out more about why she believes in the power of collective, peaceful action to make meaningful change.

For Marina, the rise of Greta Thunberg and the Fridays for Future movement served as a tipping point. She knew things couldn’t continue as they were, and these youth activist movements showed a way forward. Seeing people who were organising and responding collectively to these injustices inspired her to take action. 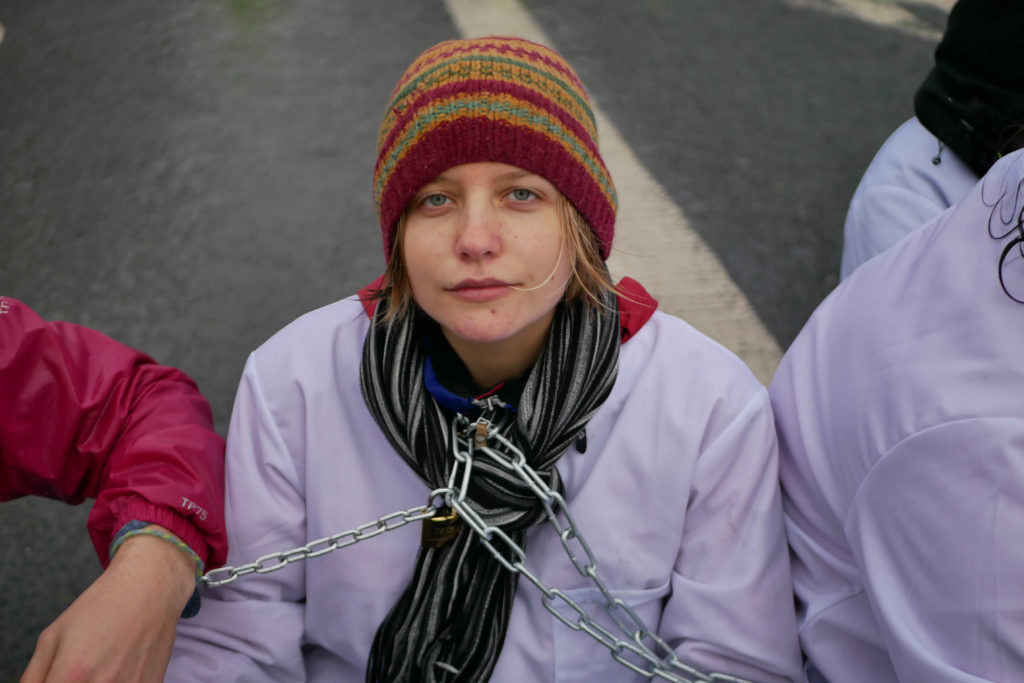 As she got more involved in the activist movements in Mallorca, including Fridays for Future Mallorca and the Extinction Rebellion, she really felt “the power and collective energy and the transformational power” that non-violent civil disobedience had. And there was no turning back.

As a biochemist, Marina was particularly drawn to the way scientists were using their “privilege of knowing and legitimacy in favour of transformation and social change.” As she became more involved in the Scientist Rebellion movement the opportunity came up to go to Glasgow for COP26, and she didn’t think twice!

Marina has found that one of the great things about the Scientist Rebellion movement is that it brings together multiple generations. When asked how the intergenerational divide could be breached, Marina explains that “the first thing is to recognise the privilege that adult people have and that they need to leave to one side the condescending attitudes and prejudices, that young people don’t do anything and are irresponsible.” 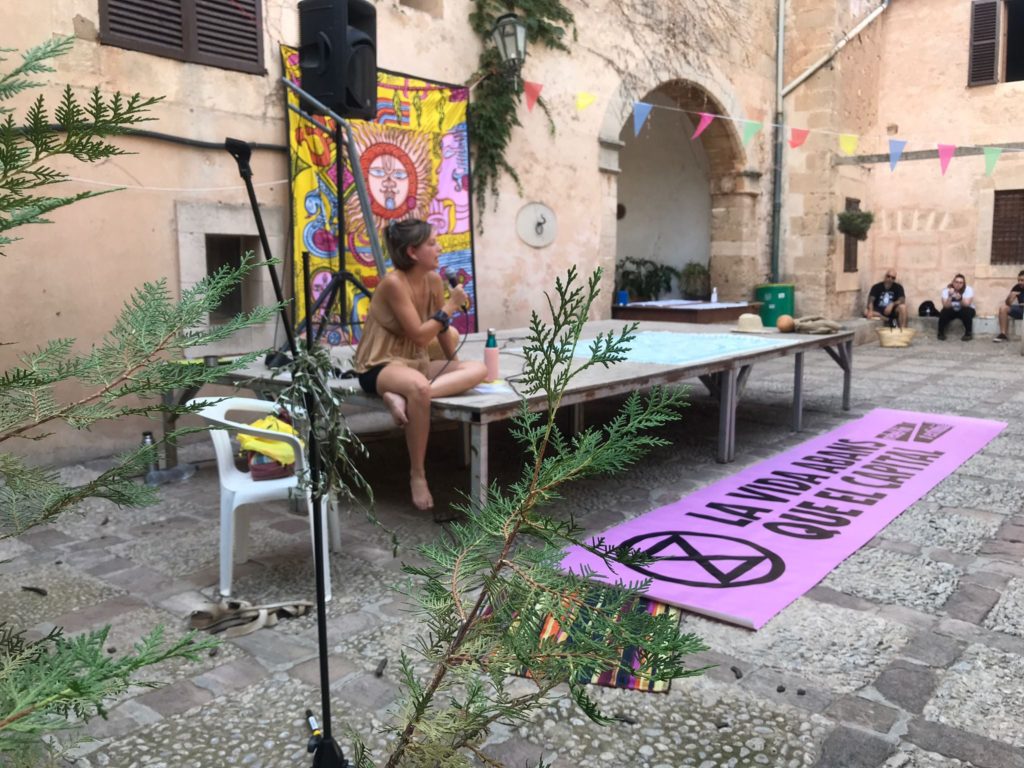 As a biochemist, Marina was particularly drawn to the way scientists were using their “privilege of knowing and legitimacy in favour of transformation and social change.”

There are different skills and knowledge between generations and Marina is quick to acknowledge that “the experience of adults is absolutely necessary, their vision and all the lessons that they have learnt.” However, she also highlights that the youth have a lot they can bring to the table, such as creativity, the capacity to innovate and diverse perspectives.

Throughout her work Marina has come to realise the importance of finding a supportive community. She felt anxious about climate change when she first started becoming involved with Fridays for Future, and she didn’t always feel supported by those around her. She realises now that the individualistic perspective—the focus on the need to change the way we eat or the way we consume—was part of what led to these conflicts. But when she saw the need for, and the power of, collective action, this all changed.

“I began to see that these individual actions were also not enough unless they were accompanied by collective organisation. In the moment when I began to join with people who saw the gravity of the situation and who shared with me that frustration and who wanted to involve themselves in this social change, that was when I become empowered too. Leaving behind the individualistic perspective I began to move toward collective action.” 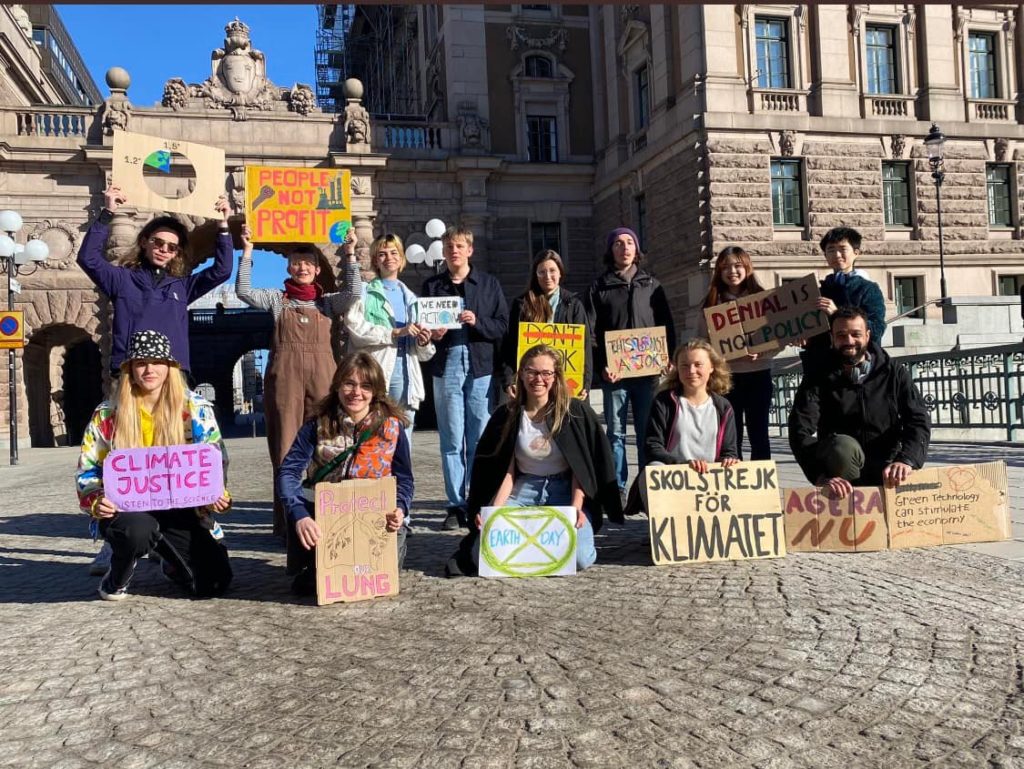 Finding your community, where you can share both the joys and the pain, is very important for Marina. As she comments, participating in this community of people committed to collective action has the potential to turn rage and frustration into an energy for change, because you’re not alone.

A cornerstone of Marina’s work is related to regenerative cultures. What does she mean by this? Firstly, we need to be aware of our limits, know what we can take on and what we can’t.

“A lot of the time we are looking outwards—we want to change things and there is a situation or a context that we really dislike and that provokes an anxiety and a frustration—and so we often forget to look inwards in order to realise actions to the outside to spark change. But what happens? In the end we won’t be able to sustain the rhythm that we are leading and the group will end up dissolving, or enter into conflict, or be self-destructive rather than constructive. We’ll end up boycotting ourselves.”

She highlights that we need to create a culture of collective care, but in order for that to truly happen we need to incorporate a culture of regeneration that looks inward, which gives importance to this internal care. As Marina points out, it is hard to work towards a sustainable future if we don’t also apply a sustainable model to the way we live and organise ourselves.

AtlasAction ► Look out for your local Fridays for Future or Extinction Rebellion group to join, and find your community!