Atlas of the Future
Daily adventures in a better tomorrow
Discover projects by:
Map
All projects
Blog
Search:
22.06.2022 — by Claire Rosslyn Wilson

✊ “Our future lies in women and girls’ power” 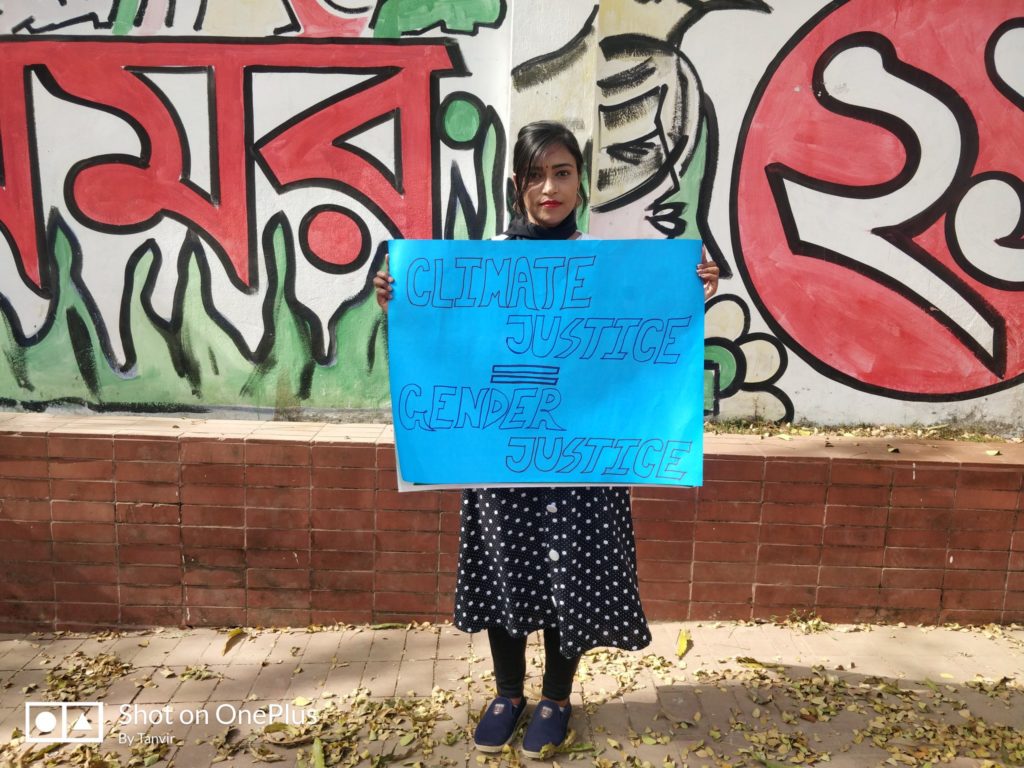 Climate justice youth activist Shakila Islam has an impressive CV. She is Vice-Chair of the Protiki Jubo Sangshad (Bangladesh Model Youth Parliament), chief coordinator of YouthNet for Climate Justice, and a founding member of Fridays for Future Bangladesh. Shakila advocates for the most affected communities and people, especially women and girls, and has represented Bangladeshi young people at the ICPD25 Nairobi summit’s SRHR and climate session. Atlas sat down with her to talk about climate change, her origin as a climate activist and the importance of listening to women’s voices.

From an early age climate justice youth activist Shakila Islam has experienced first-hand the impact of climate change. In 2007 her family had to relocate from a coastal village in Bangladesh because of the devastation of Cyclone Sidr, which impacted her family’s ability to earn their living from agriculture. 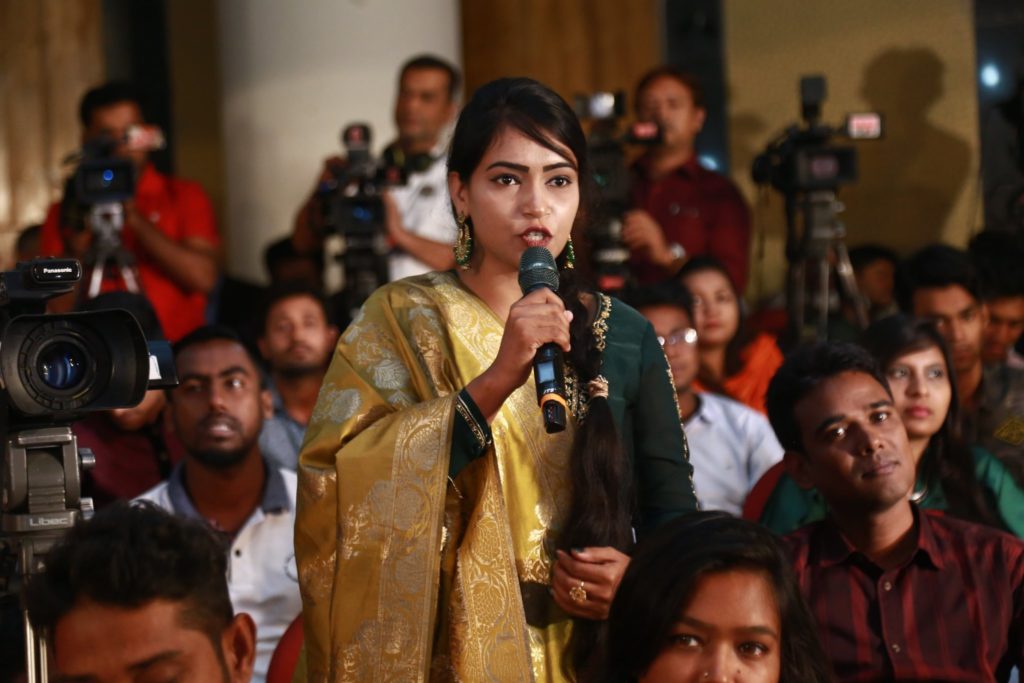 Shakila developed her skills working with a number of youth-led organisations before establishing YouthNet for Climate Justice, a coastal youth-led movement, in 2016. She believes passionately in the role the youth have to play in the climate change debate. She argues that for youth to become actors to take climate action, “it is vital to provide and to create support and assistance by investing in the young people of Bangladesh.” 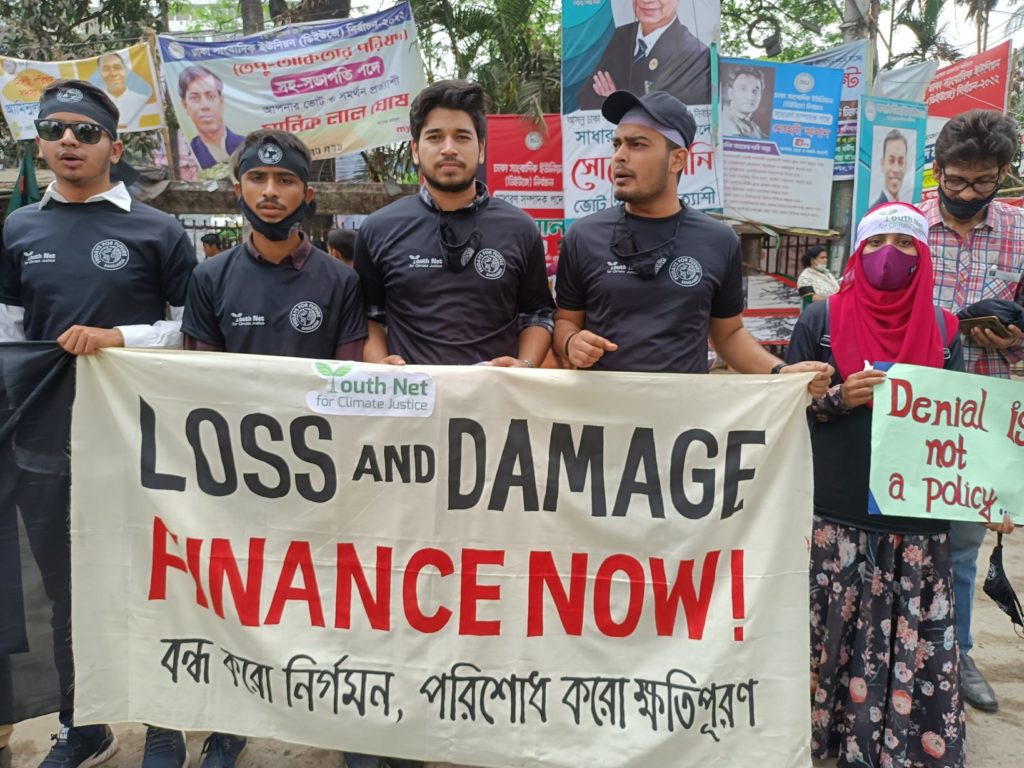 YouthNet for Climate Justice is a coastal youth-led movement established in 2016.

This is where YouthNet for Climate Justice steps in. A movement-based organisation, it conducts activities such as youth-led campaigns, education programmes and negotiations with the government. They run many locally based activities, such as trainings, symposiums, rallies or climate strikes. It is now one of the largest networks for climate advocacy in Bangladesh.

But in the beginning there was not a lot of awareness about the impacts of climate change, especially within policymakers, as they were not on the front lines of the climate emergency and they were not being impacted by it. 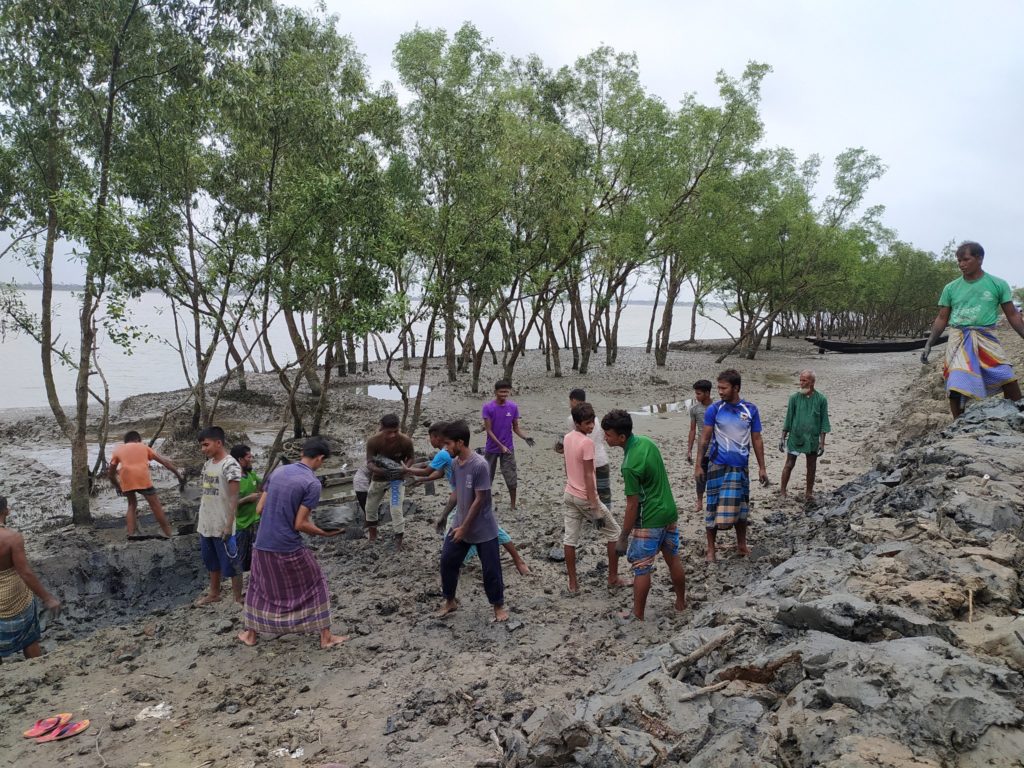 Bangladesh has declared climate change to be a planetary emergency.

However, Bangladesh has since declared climate change to be a planetary emergency and the Bangladesh Prime Minister, H.E. Sheikh Hasina, is now the President of the Climate Vulnerable Forum (CVF), a South-South cooperation platform for participating governments to act together to deal with global climate change.

But there is still more work that can be done in making more diverse voices heard. “Usually, young women are unheard at the local and national policy-maker level,” Shakila explains. “But we are securing our position at the discussion-making table and through our knowledge, leadership and activism.” 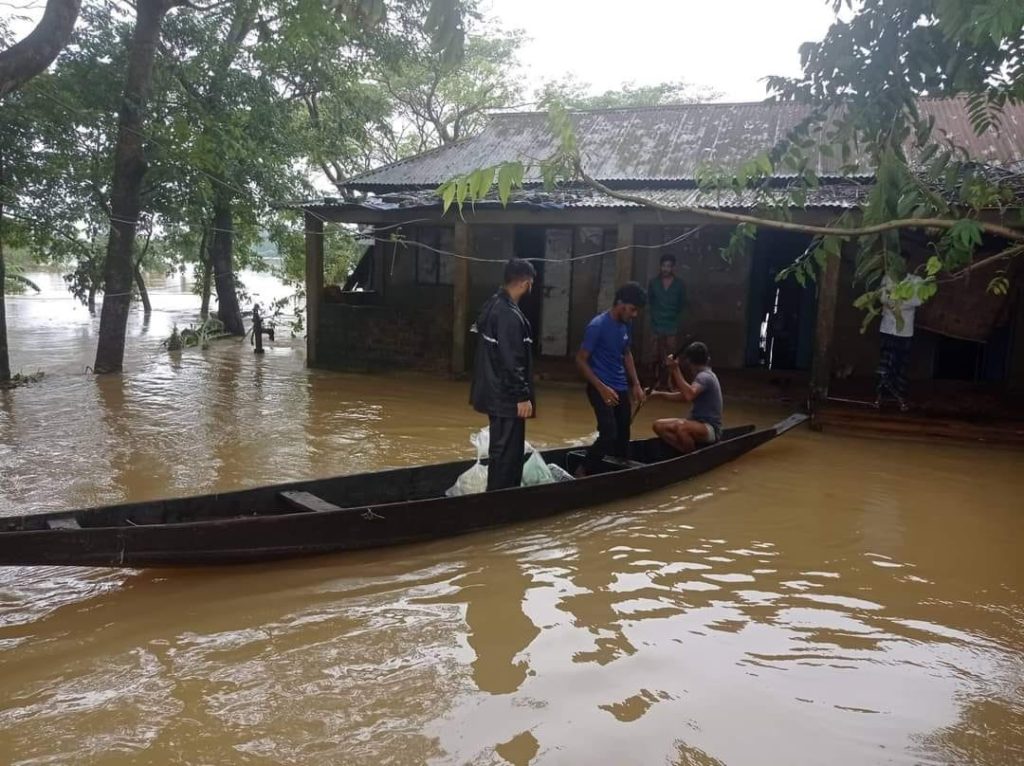 Young climate activists of YouthNet came forward to stand beside the flood-affected communities in Sylhet.

In 2017, just a year after establishing YouthNet for Climate Justice, they organised the Youth-Led Climate Conference, the first conference of its kind in Bangladesh. A total of 1,000 young people were involved, coming mainly from coastal areas. In the conference they made a declaration to communicate their needs to the government, which formed a foundation for their work. From the conference they gained national and international recognition and a platform through which they could raise their voices.

And it is through storytelling that young activists can make an impact. As Shakila explains, “Your story is your most powerful tool as an activist because it is unique to you. When trying to influence policy makers your unique story will make you stand out and feel more powerful.” 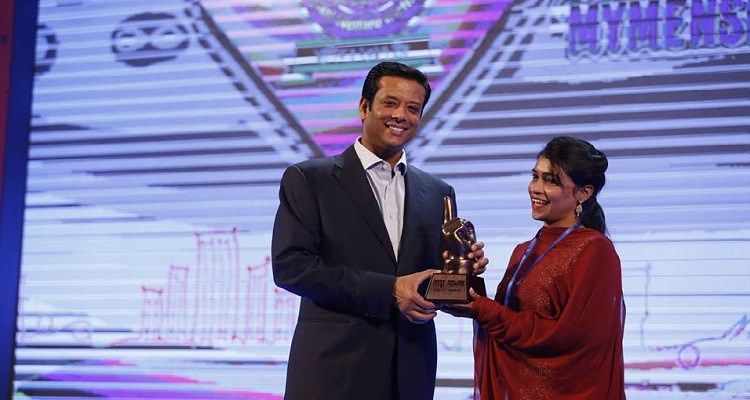 YouthNet for Climate Justice have continued to develop their international networks, though work with Greta Thunberg and the introduction of Fridays for Future in Bangladesh.

They now work in 40 districts, and their current priority is women. As Shakila explains, “in a crisis the women are the most vulnerable, so we are trying to raise and empower our women to help them raise their voice.” Along with activities to support women, they also have the Coastal Youth Action Hub, where they provide knowledge-based training. 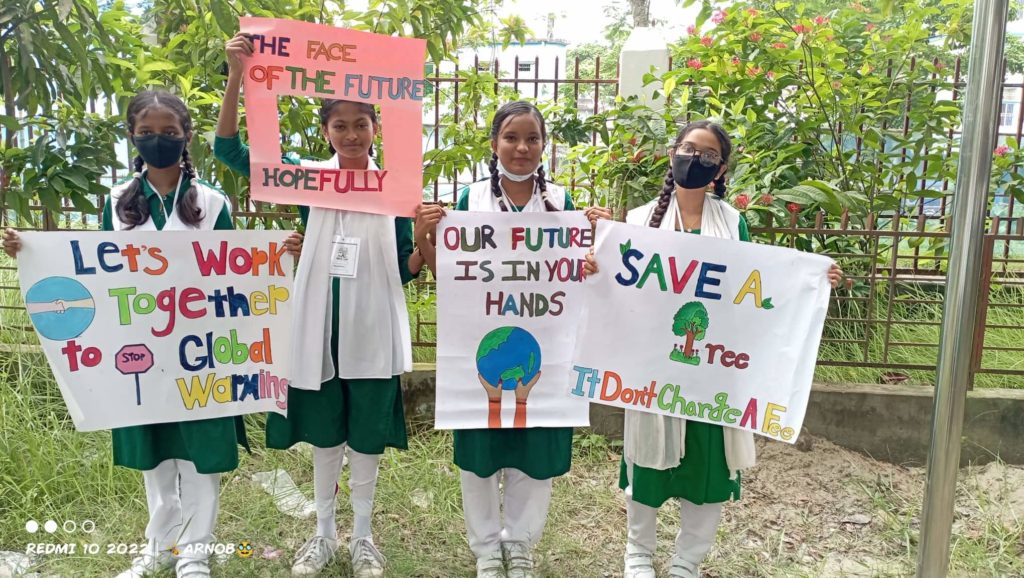 YouthNet-We organised a Climate Camp at Shariatpur in association with The Earth Society.

How can we fix the future? Through supporting women and girls, says Shakila.

But more than anything, it is through supporting women and girls that Shakila believes will make the most difference.

AtlasAction ► You can follow YouthNet for Climate Justice’s activities on Twitter, YouTube or online. You can also meet Shakila at the upcoming Fixing the Future Festival in September. Get your tickets here.

This interview was supported by the channel #JustFutures, made in partnership with Oxfam Intermón and the SPARK project.