Atlas of the Future
Daily adventures in a better tomorrow
Discover projects by:
Map
All projects
Blog
Search:
05.07.2022 — by Claire Rosslyn Wilson 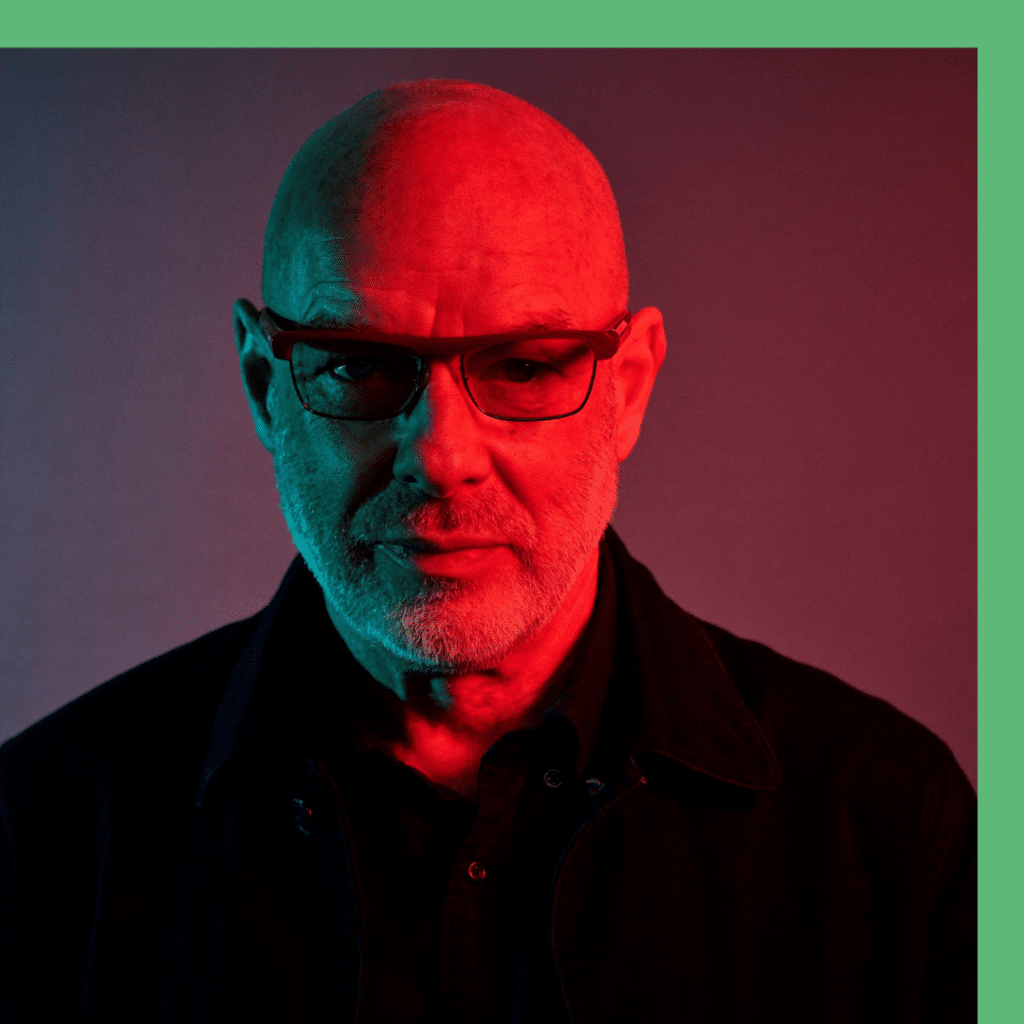 We recently dived head-first into the world of music visionary and climate activist Brian Eno. After an inspiring conversation about his latest projects and the powerful intersections between feelings, creativity and science, we emerged convinced that humanity can reimagine just about anything (and we may or may not be planning a 7-hour The Matrix rewatch.)

Name: Brian Eno, sound and vision superstar, Ambient and Generative Music pioneer, and co-founder of EarthPercent. Among his many legendary musical collaborations is his work with David Bowie, U2, Coldplay and Paul Simon.

Future-fixing superpower: Unleashing the power of music in service of the planet.

‘Fixing the future’ is not an either/or process: we’re not going to fix it or fail to fix it. We’re going to succeed or fail to some degree or other. It’s a question of how hard are we prepared to try?

Mark Lynas’ book Six Degrees makes very clear the huge difference between 1.5° and 2° degrees of global warming. So the issue is, how hard are we prepared to try to make a more or less tolerable future?

Climate is the umbrella crisis – all others are subordinate to it or in some way are the result of it.

I first got involved in climate issues through ClientEarth. I wanted to know how to have the biggest possible impact – and working deeper down, as you do when you change legal structures, is really worth doing. Supporting a team of lawyers to pressure a government to change environmental law makes a very big difference in the long term. It’s very hard to undo laws, luckily, so it seemed to me a very good investment of time and money. 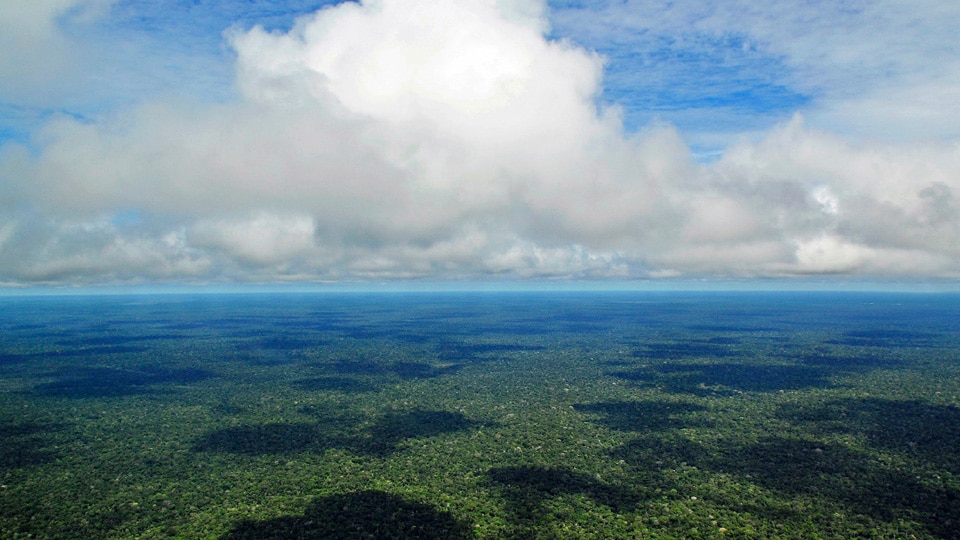 Brian Eno first got involved in climate issues through ClientEarth.

I’m trying to leverage the fact that I have some public visibility, which is a form of power and which allows me to articulate ideas and hopefully move the conversation somewhere different and more productive.

This is the conversation we should have been having for a long time. I’ve never wanted to live in a society where some are phenomenally rich and others staggeringly poor, even if I’m on the rich side. It doesn’t make me feel good to have women being discriminated against, or Indigenous people treated as though they are children who don’t understand the modern world.

I’ve stopped using the words ‘climate crisis’ and I call it the civilisational opportunity. This is the way that we can start to rethink what we mean by modern civilization. This huge brick wall that we’re facing compels us to work on all of these issues, so it’s the way of changing the world.

The world is awash with money – partly because we’ve been creating money to solve the financial crisis of 2008 and then to deal with COVID-19. Governments have created huge amounts of money which, as you would have expected, is ending up in the pockets of relatively few people. That’s the way this world works at the moment. Those of us who continue to earn this money can think about that and ask if we just want more numbers added to our bank accounts or do we want to do something?

We have this historical opportunity to do something and we’ve got this unarguable crisis that gives us a chance to think about what kind of world we want, and how do to be a part of it – not only in the sense of how much money am I going to hand over to people who are doing something about it, but what engagement do I want?

EarthPercent is working with the resources of the music business to redirect them towards this problem in an intelligent and responsible way. But we also want to create a form of citizen engagement to truly unleash the power of music in service of the planet. We are building a movement and we are inviting everyone in music to join us in this collective action, with joy. 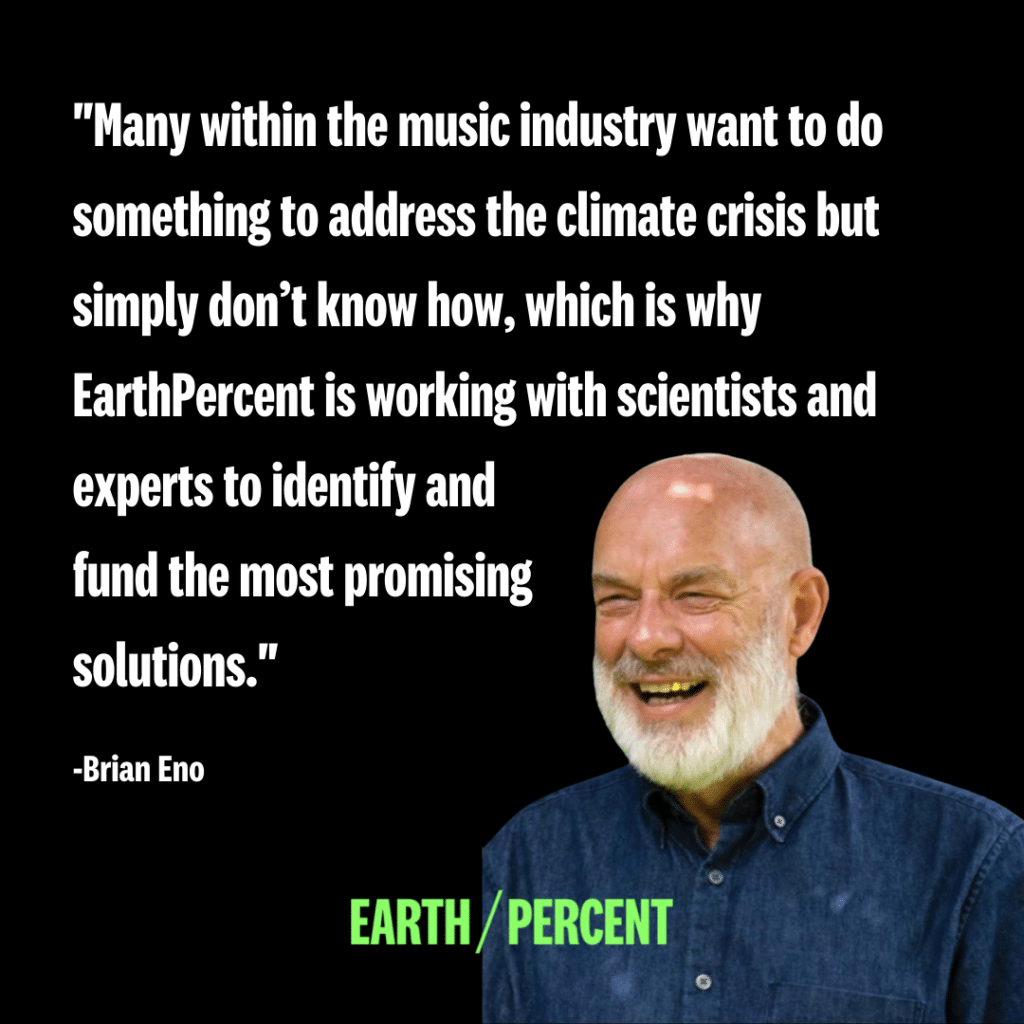 Brian Eno is co-founder of EarthPercent.

Creation and imagining are inseparable. Scientists look at a piece of the world and try to understand how it works. They make models of things, they make equations, they can test models to see how something will work. But artists also make models – we create other worlds – in films, in novels, but also in music, dance and everything else.

The Matrix shows you an imaginary other world – a world that could exist perhaps. What do we feel about that? Is that a world we want to be in? That is a model – it’s a way of probing some possible future without actually having to live it.

In science, the results of such probing are numbers and equations, but art produces feelings, and perhaps has always been a little bit ashamed of that fact because feelings don’t fit naturally into our world of hard facts.

Feelings are what we base most of our thinking on. The most important decisions in your life – who you fall in love with, who you spend time with, which politics you engage with – are mostly not based on quantitative deduction. We rely on our feelings.

I’m more and more convinced that all thoughts actually arise out of feelings, if you trace them back far enough, not from evidence as is always claimed.

One reason why we make models is to create attractors to possible futures. If you’re attracted by that possible future, you’re more likely to perform the actions that are consistent with it coming true.

Models don’t always have to be more desirable worlds, they can be less desirable ones as well,because we negotiate both by attraction and repulsion. That’s how we find out where we want to be.

People think that there’s such a thing as political music or protest music, but I think there’s something much deeper in music than that. For example, the political content of In C, by American performer and composer Terry Riley, is in the way it works, not in the sound itself. It only has 53 phases and any number of musicians can play it with any instruments. Everyone starts together. There’s a pulse so you’re kept in sync by somebody all the way through, and when you feel like it, you move on to phase two. You keep repeating a phase for as long as you like before you move onto the next one, but the rule is that you must all end on the 53rd phase.

The shape of the music is unison, increasing variety, and then unison again. It’s a beautiful, beautiful piece, which sounds different every time it’s played – sometimes quite dramatically different depending on what instruments are used. I worked on a version that was performed by the orchestra of the Chinese Opera, using Chinese classical instruments. 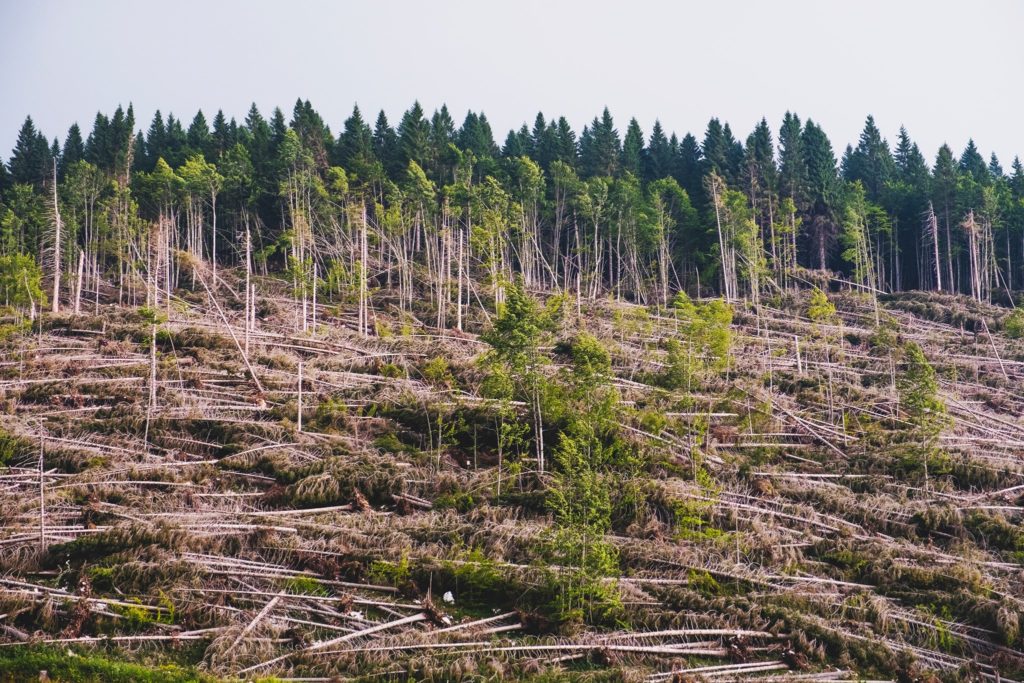 “I’ve stopped using the words ‘climate crisis’ and I call it the civilisational opportunity.”

What is interesting to me is the political implication that you can make something from the bottom up.You’re not dealing with a fixed entity that people go and play, you’re dealing with something that is a living, responsive organism. It’s different depending on who’s playing.

That is such a different view of how things come into being. Terry Riley’s In C was probably the reason that I started becoming interested in politics, because I saw in that a different way in which complex, sophisticated, beautiful things can come into being.

We’re predisposed as humans to think that anything complex must be made by something more complex – that’s the theory of Intelligent Design. But Darwin said the opposite – that complexity arises out of simplicity, and evolution is the proof of that. The intuitive way to grasp evolution is to listen to Terry Riley’s ‘In C’, to see how something as fantastically kaleidoscopically intricate as that piece of music can come out of a set of very simple instructions. It empowers the musicians and lets them make the choices. There are constraints, it’s a model, it’s not a picture of how complex life really is – but it’s an idea. Once you’ve heard it, and you have that picture in your head, you can’t ever lose it again.

That is how politics should be: it has to work from the bottom up. Jon Alexander is saying something similar to that – you empower the citizens and let them make the choices. If we can change a lot of minds by a relatively small amount, it translates into a big difference – and then things can change very, very quickly.

My FuturePower would be… to have better ways of hearing the good news. There is so much important work happening, so many individual efforts at the granular level, and it’s so difficult to hear about them all. But it’s so important to see all that is going on.

Will creativity save us? Come make a song and dance about the world-changing power of music and meet Brian at Fixing the Future Festival ► Tickets out now.

Brian was in conversation with Cathy Runciman. Interview edited by Bianca Fiore.